After four years of fighting and millions of casualties, the armistice of November 11, 1918 was declared, ending World War I. Eight days later Sir John Monash was commissioned to oversee the repatriation of the surviving Australian soldiers and their dependants. For the soldiers who were returned under this scheme, repatriation was only the beginning. In particular the surviving victims of the conflict would need extensive rehabilitation and everyone needed to adjust to the loss of those who did not return. While some veterans went on to be successful in their careers and lives, many struggled to reintegrate in the face of the physical and mental trauma they had survived.

In a dual exploration on the impact of trauma, Monash University Library presents Special Collections materials in dialogue with digital interactive installations designed by Monash Art, Design and Architecture students. Be immersed and examine the different ways trauma - both physical and mental - impacted on the journey home of soldiers and their families. 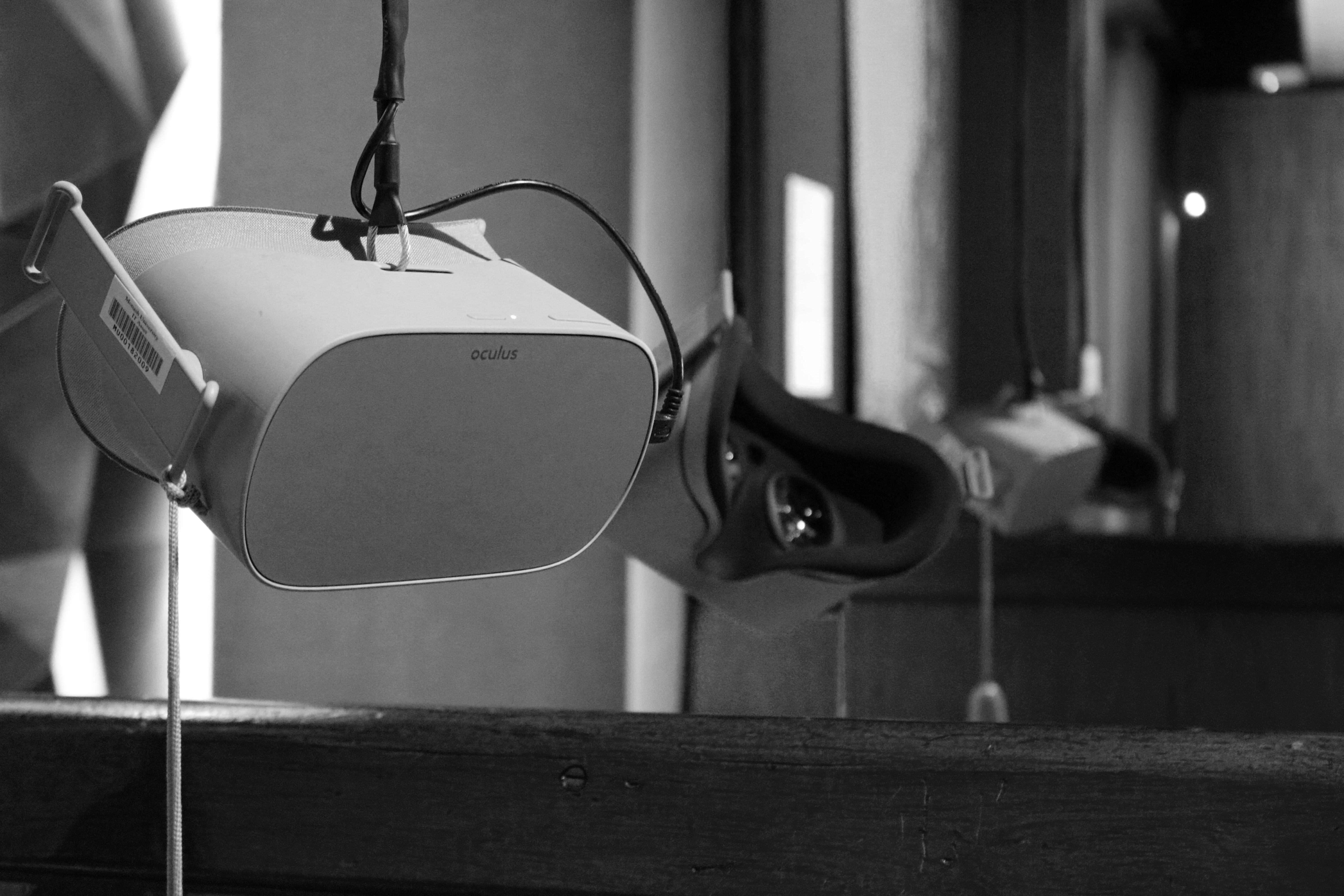 Ride a tram back to 1920s Melbourne and visit some of the exhibition sites. 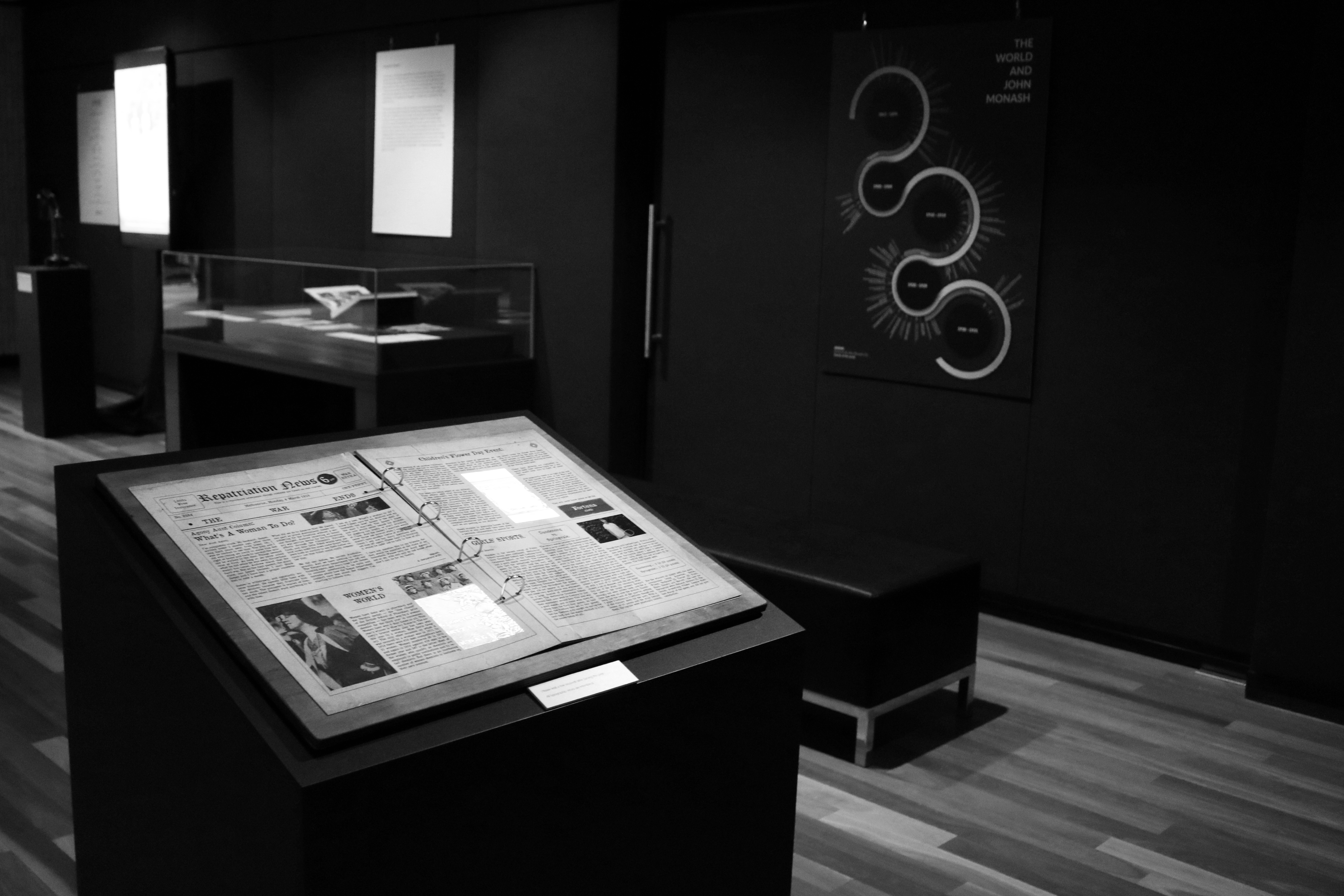 Watch the newspaper respond as you turn the page and browse the day’s news circa 1920s. 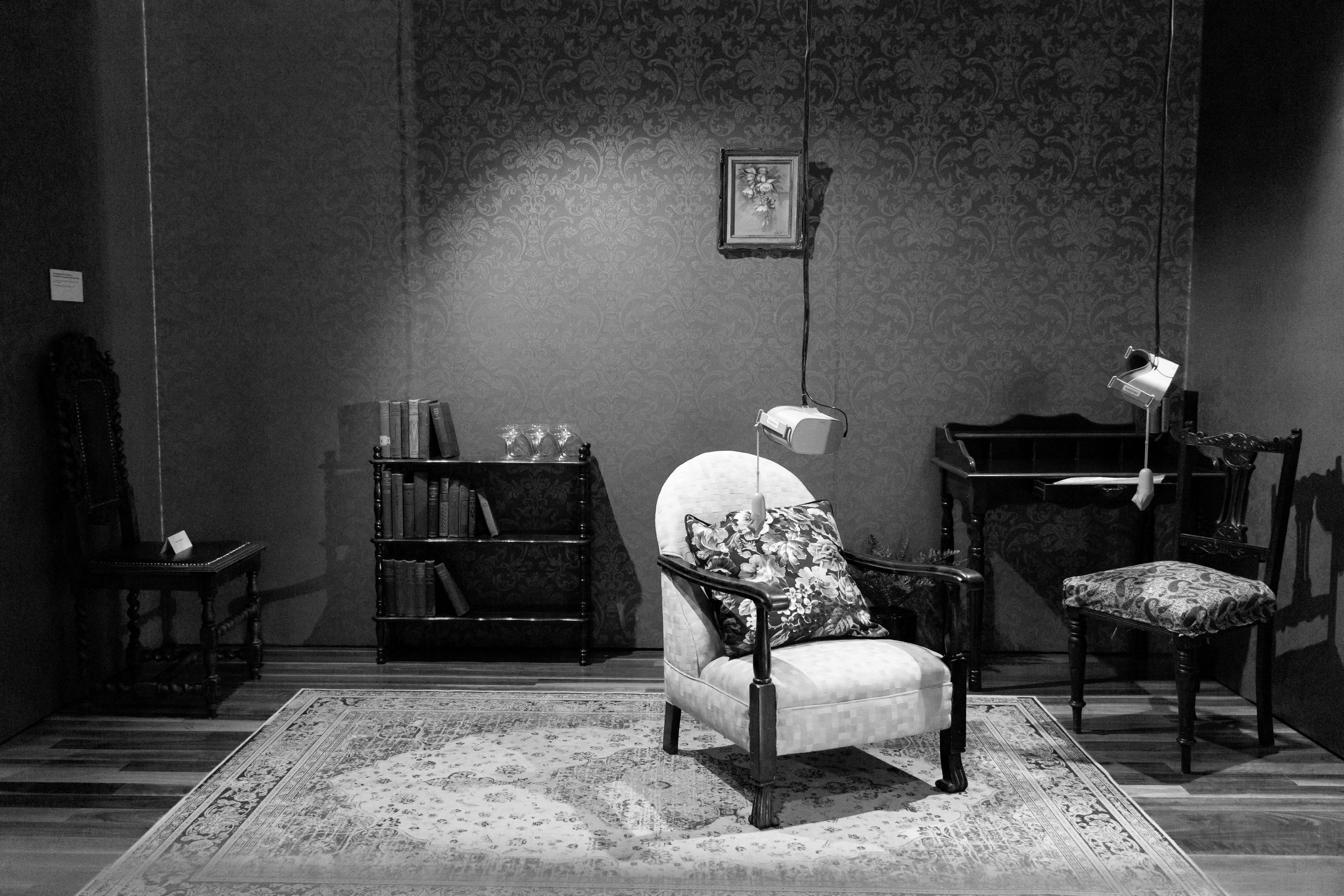 Be immersed in daily life and glimpse into the effect of trauma on returning soldiers and their families in the years after the war. 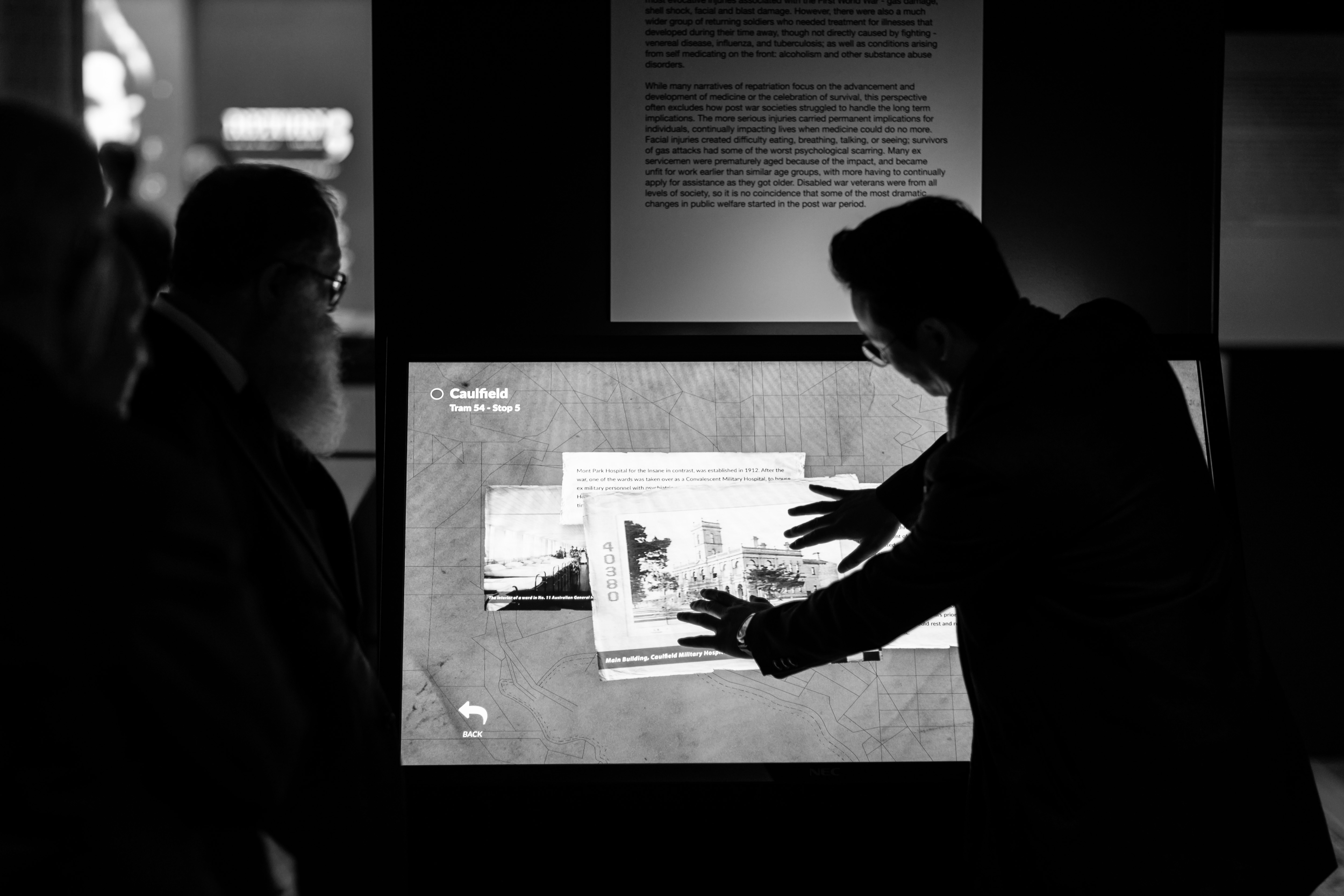 Explore the times and issues of Melbourne during the repatriation through digital interfaces.

In April 2019, Monash University awarded posthumous degrees and a certificate of recognition to five students of the Melbourne College of Pharmacy, whose education was cut short by World War I. The Melbourne College of Pharmacy would go onto become Monash University's Faculty of Pharmacy and Pharmaceutical Sciences. Through Pharmacy's close connection to Sir John Monash, their students and the First World War, the Library was given a unique starting point to explore the effect of repatriation on the wider community.

Combining rare items alongside innovative digital technologies, this exhibition was made possible through a large collaboration between Monash University Library, Monash Art, Design and Architecture and eSolutions. A select group of students studying Master of Multimedia Design and Master of Interaction Design worked alongside Monash University Library staff to bring to life Special Collections items exploring the Repatriation after World War I in Melbourne. These technologies allow the visitor to be immersed and experience the effects of World War I. Don't miss out.

The Library invites you to attend Returning Home: The Traumatised Male Soldier from Federation to the First World War and Beyond presented by Dr Effie Karageorgos.
Read the full abstract of her paper below.

The First World War produced war-related trauma at an unprecedented level. Australian soldiers, encouraged by tales of past British military victories, eagerly volunteered amid the war’s initial excitement and the expectation that this conflict was to ‘blood’ the new nation. The war’s realities dashed many of these expectations. In its first year, fighting men from all nations began exhibiting ‘nervous’ symptoms, labelled ‘shell shock’, at an unparalleled rate and intensity. Political and medical authorities, convinced of the superior fighting mettle of Australian troops, found it difficult to accept the legitimacy and implications of these symptoms. The late nineteenth century masculine ideal borne in the colonies, the ‘Bushman’, had set expectations on Australian men that precluded the possibility of mental illness, thought to be a physical and feminine condition. The First World War transformed this ideal into a model of martial masculinity, the Anzac, that men who returned from the war changed by their traumatic experiences found impossible to fulfil. This lecture will broadly explore the difficulties faced by traumatised veterans after the First World War, and the continuing impact of nineteenth century beliefs about psychiatry and masculinity on soldiers from Federation until today.

Dr Effie Karageorgos is a historian based at the University of Newcastle. Her research is in the social history of war, and specifically histories of gender and mental health. Her monograph Australian Soldiers in South Africa and Vietnam: Words from the Battlefield, was published in March 2016.